A novel method is described for mapping dynamic cerebral blood flow autoregulation to assess autoregulatory efficiency throughout the brain, using magnetic resonance imaging (MRI). Global abnormalities in autoregulation occur in clinical conditions, including stroke and head injury, and are of prognostic significance. However, there is limited information about regional variations. A gradient-echo echo-planar pulse sequence was used to scan the brains of healthy subjects at a rate of 1 scan/second during a transient decrease in arterial blood pressure provoked by a sudden release of pressure in bilateral inflated thigh cuffs. The signal decrease and subsequent recovery were analyzed to provide an index of autoregulatory efficiency (MRARI). MRI time-series were successfully acquired and analyzed in eleven subjects. Autoregulatory efficiency was not uniform throughout the brain: white matter exhibited faster recovery than gray (MRARI = 0.702 vs. 0.672, p = 0.009) and the cerebral cortex exhibited faster recovery than the cerebellum (MRARI = 0.669 vs. 0.645, p = 0.016). However, there was no evidence for differences between different cortical regions. Differences in autoregulatory efficiency between white matter, gray matter and the cerebellum may be a result of differences in vessel density and vasodilation. The techniques described may have practical importance in detecting regional changes in autoregulation consequent to disease. © 2013 Horsfield et al. 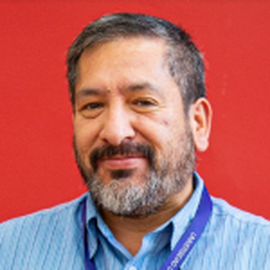